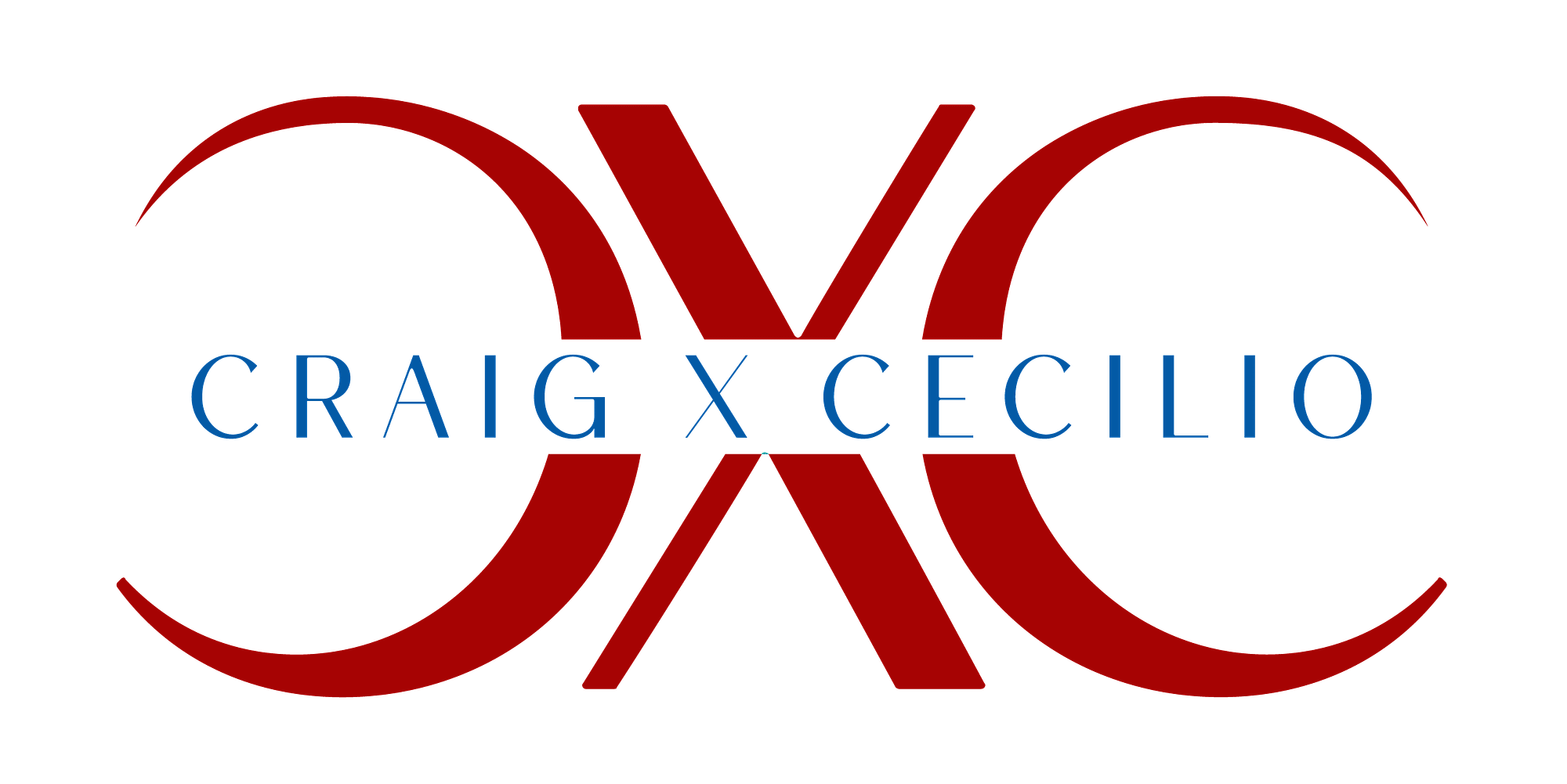 Wealth disparities are a significant concern in the U.S. America has a broader wealth gap between rich and poor people than any other developed nation. Most wealthy Americans build assets through investments and own a large portion of the stocks. However, one of the ways to address this problem is by democratizing the stock markets.

Wealth disparities refer to the uneven distribution of wealth or assets owned by a person or group. Income inequality is distributed unevenly throughout the population. Thus, wealth inequalities have become the subject of debate.

Wealthier Americans typically have more money invested in the stock market. They also own a large percentage of U.S. stocks, contributing to the country’s growing wealth gap. Meanwhile, democratizing the markets can help shrink the chasm, empowering underrepresented groups.

What is Wealth Disparity?

Impact of Wealth and Income Inequality

#2. Can Lead to Increased Crime

#3. Less Opportunity for Those Who Aren’t Rich

#5. Creates an Unbalanced Distribution of Power

What is Wealth Disparity?

Wealth is the measure of the value of a person, company, or country’s assets. It’s also often referred to as net worth. Assets can include anything from real estate to stocks and bonds. However, wealth disparities are the imbalanced distributions of that wealth.

Visual indicators of wealth gaps are readily available, like the annual Forbes magazine lists of North America’s wealthiest people. Billionaires at the top of the list include Bill Gates, Warren Buffett, Jeff Bezos, Elon Musk, and Mark Zuckerberg. They own a disproportionate amount of the country’s wealth. Unfortunately, those numbers continue to grow.

In 2018 Bezos, Gates and Buffett had combined fortunes worth more than the total wealth of the poorest half of Americans. These numbers are staggering. Even as the country endures tremendous financial hardships, these affluent individuals still expand their portfolios. America’s “top 1%” holds more than half of the national wealth in the stock market. The numbers paint a vivid picture of wealth disparities on a macro level.

Impact of Wealth and Income Inequality

Income inequality and wealth disparities have been prevalent and increasing for several years. The rise could be due to factors such as:

The widening wealth gap undeniably causes problems for those on the lower end of the economic spectrum. Those people may experience fewer opportunities and decreased social mobility. However, income inequality and wealth disparities impact the global economy. Some examples of the ways wealth disparities can impact society and the overall economy include:

Studies have shown that societies with higher levels of income inequality experience instability and financial crises. Meanwhile, more equal communities experience extended periods of economic growth. When the economy is stagnant and unstable, it doesn’t benefit anyone. Even those holding the majority of the nation’s wealth are impacted.

#2. Can Lead to Increased Crime

Some research shows a positive correlation between wealth disparities and increased crime rates. There are several reasons why this connection may exist. This inequality can serve as an incentive to commit crimes to obtain the resources like food, shelter, or transportation.

Also, the wealth disparities present between the rich and poor can lead to reduced law enforcement spending in low-income areas. More affluent neighborhoods with a high concentration of wealth tend to have more available funding. Additional civic capital often results in a more substantial police presence and lower crime rates.

#3. Less Opportunity for Those Who Aren’t Rich

Economic inconsistencies can also lead to opportunity inequality. In other words, it could create an imbalance in people’s ability to climb the wealth ladder. Wealth disparities can lead to geographic segregation and highly concentrated communities on either economic spectrum.

Disparities in economic status can also contribute to long-term cycles of poverty. For example, if your parents couldn’t climb out of poverty, you’ll likely suffer the same fate. You must take challenging steps to move away from low-income communities.

Gaps in education can also contribute to some of the imbalance. Poorer areas tend to invest in fewer educational resources. Low-income community members likely can’t afford the fees of furthering their education. This lack of opportunity can leave people feeling financially vulnerable, unable to manage financial setbacks, or build generational wealth.

Wealth disparities put lower-income groups at a significant disadvantage. It consequently makes people less likely to feel represented by elected officials. This imbalance can become dangerous quickly because a small elite group holds most of the wealth. Those individuals also have unlimited political influence and control.

#5. Creates an Unbalanced Distribution of Power

Wealthier individuals can leverage their affluence to manipulate the political system. Thus, wealth disparities and economic inequality can result in unbalanced power distribution.

The people with more wealth tend to obtain more of it. Then they gain control over several aspects of economics and governance. One of the best examples is when wealthier individuals take ownership of media outlets. This gives wealthy individuals more control over what information is available and presented to the public.

Several programs and initiatives aim to combat wealth disparities and help those in need. However, one of the more practical solutions to the problem is democratizing the stock markets. To democratize something means to make it accessible to everyone.

Democratizing the process could be the answer to several problems. There are multiple ways and countless benefits. Here are some of the most impactful strategies for democratizing the stock market to erase wealth disparities:

FinTech, or financial technology, describes tech that seeks to automate financial services. Ultimately, it helps companies and consumers manage their financial operations. Fintech is a new and emerging concept innovating the financial sector. It now denotes how investors participate in the stock market.

FinTech apps have simplified the investing process by making it easy for anyone to get started. They can provide stock recommendations and app-based trading for improved accessibility across diverse communities. Because FinTechs use machine learning and AI, users can refer to the apps at any time for quick, personalized investment advice via chatbots.

Traditionally, only those with enough money were able to start investing. However, FinTech addresses wealth disparities within the stock market by making stock market guidance accessible to everyone at little to no cost.

Crowdfunding is another way to fight wealth disparities and diversify the stock market. It is a financing method to raise money by money soliciting small, individual investments. The money can come from many people.

Thanks to the JOBS Act, new types of crowdfunding have emerged. Most economists call them Regulation Crowdfunding (Reg CF) and Regulation A+. Both types let investors over 18 buy securities and invest in private companies.

These criteria are challenging to meet, even for successful investors. Unfortunately, meeting the requirements is seldom a reality for ordinary people. The inaccessibility emphasizes wealth disparities in the United States, but crowdfunding can help.

With Reg CF, the amount you can invest across 12 months depends on your income and can range anywhere from $2,200 to $107,000. However, you can also apply for amendments to invest $5 million or more. Selling securities with Reg A+ is different.

First, you must qualify with the Securities and Exchange Commission (SEC). Reg CF caps you at $5 million, while Reg A+ offers a much higher limit. Investors can invest $50-$75 million from crowdfunding sources despite their accreditation, or lack thereof.

The government has a more significant role in addressing wealth disparities. It can also intervene in the stock market to aid in democratization. Civic agencies can step in to stabilize the markets and enforce necessary laws or regulations. They could then intervene by providing bailouts or other emergency measures when the market falls.

The government also can make changes to fiscal policies, like raising or lowering interest rates. Leadership interference was also helpful in passing the JOBS Act (Jumpstart Our Business Startups Act). The JOBS Act was signed into law by former President Barack Obama in 2012, loosening the Securities and Exchange Commission (SEC) regulations on small businesses.

Democratization started when robo-advisors became available. These are online, automated financial advisors that provide investing guidance and services. Robo-advisors made it so that anyone could go online to participate in the stock exchange. Folks pay a cheaper fee than traditional advisors. Then the robo-advisor builds an investment portfolio based on the user’s goals.

Stock apps came later and pushed the democratization of the stock market even further. The accessibility of stock apps makes getting into investing extremely easy. They’re also very appealing to younger investors who may not have had any luck with a traditional advisor.

Wealth disparities refer to the uneven distribution of wealth or assets owned by a person. Billionaires like Bill Gates, Warren Buffett, Jeff Bezos, Elon Musk, and Mark Zuckerberg hold a disproportionate amount of the country’s wealth. Those numbers continue to grow.

While a portion of these individuals’ wealth comes from shrewd business endeavors, a significant amount goes straight to the stock market. America’s affluent “1%” holds more than half of the national fortune. That’s a clear example of systematic wealth disparities.

How Do Overburdensome Regulations Impact Fintech?

Capital Markets Downturn and its Effects

© 2022 Craig X Cecilio. All Rights Reserved.
Full Disclosure: Craig Cecilio is not your financial planner. Nothing on this site should ever be considered to be advice, research, or an invitation to buy or sell any services, securities, or investment product.